The Equality California-Comcast Fellowship is an annual summer leadership development program, in which six exceptional LGBTQ or ally college students are selected and placed in the offices of California legislators or government officials in Sacramento. Fellows develop key leadership skills and gain first-hand experience working on state legislative and public policy matters. Their work increases LGBTQ visibility in the Capitol and gives government officials direct interaction with members of our LGBTQ community and pro-equality allies.

Ben is majoring in Political Science at Columbia University. He is Co-President of Proud Colors, a campus organization for queer students of color. He serves as a facilitator for a program called Under1Roof, where he leads student sessions to encourage inclusive community, intercultural understanding, and the nuances of social identity. Ben seeks to translate a background in providing direct services, particularly to immigrant communities, to his work this summer in the Capitol, and to learn how to effect change on a large scale through legislation and policy. 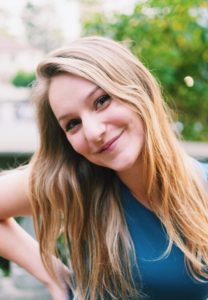 Summer is majoring in Economics and English Literature at University of California, Berkeley. She  was the 2017 President of the Panhellenic Executive Council, through which she created a new council position to oversee members’ mental health needs, designed and facilitated new mandatory consent education for community members, and rewrote bylaws to ensure a transgender-inclusive recruitment process. Summer has campaigned to effect meaningful change in student government and the Greek system, both of which are communities that she views as having the potential to make landmark progressive change but that tend to be stalled by a variety of systemic problems related to social justice. 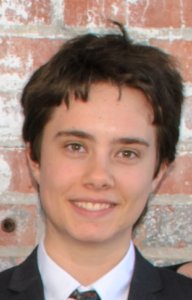 Liam is majoring in Psychology at Harvard College. He is President of Harvard Faith in Differences, where he created a support group for LGBTQ+ Christian undergraduates. For two years, Liam has worked with researchers at the Harvard Graduate School of Education to study underprivileged populations and mental health. Last summer, he participated in an intensive STEM internship at Columbia University and is passionate about using his background in psychology to advocate against conversion therapy. 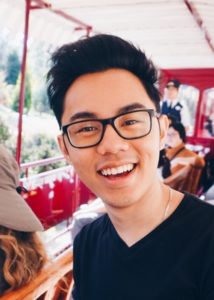 Victor is majoring in Political Science at Diablo Valley College. He is President of College Democrats of Diablo Valley College and a Board Member at Lambda LGBT Democratic Club of Contra Costa County. He has worked in the office of Congressman Mark DeSaulnier and as a Campaign Manager on campaigns for California Community College League Student Trustee and for Contra Costa Community College Board District Student Trustee. Victor also conducted voter analysis and engagement for a 2016 State Assembly campaign and served as his county’s liaison to the campaign headquarters of a presidential candidate. Victor’s record of leadership and activism extends back to high school, where he founded a GSA club and, despite a conservative school administration, led the club to successfully celebrate their first LGBTQ Pride Day.

Sage is majoring in International Relations at University of California, Davis. For the 2017-2018 school year, she worked as a Legislative Intern in Senator Kamala Harris’s office in Washington, DC. Prior to that, Sage served as Student Advocate in the UC Davis Office of Advocacy and Student Representation, where she lobbied state officials on behalf of the interests of California students, led student groups at statewide conferences, and organized advocacy demonstrations.

Travis is majoring in Political Science at California State University, Sacramento. Last summer, he worked in the office of Sacramento City Councilmember Eric Guerra and as a Communications Intern for the California Democratic Party. He has served as Legislative Affairs Coordinator for Sacramento State Associated Students, Inc (ASI), Office of Governmental Affairs, where he represented Sacramento State students to the Cal State Student Association and chaired the student policy advisory committee. Most recently, Travis worked in the CSU Chancellor’s Office regarding advocacy and state relations, where he compiled policy research to assist CSU Legislative Advocates in their work. He is actively involved in College Democrats and Sacramento Stonewall Democrats and received a merit-based scholarship from the Sacramento Rainbow Chamber of Commerce for the 2017-2018 school year.

The Equality California-Comcast Fellowship is funded through a generous grant from our friends at the Comcast Foundation. Diversity and inclusion are a top priority at Comcast NBCUniversal, and the company has consistently received a 100 percent on the Human Rights Campaign’s Corporate Equality Index. If you have questions about the Equality California-Comcast Fellowship application process or the 2019 fellowship cohort, please email me at leadership@eqca.org.