Equality California Partners with Sacramento Organizations to #RiseUpAsOne
January 2, 2018 at 1:15 am

On Saturday, December 2, 2017 Equality California joined The California Endowment, Sol Collective, Gender Health Center, Black Women United, and Golden Rule Services in Sacramento to host a movie screening of MAJOR! and KIKI – two films the explore the histories, advocacy, and lives of trans people in the United States. MAJOR! chronicles the life and campaigns of Miss Major Griffin-Gracy, a 75-year-old Black transgender elder and activist who has been fighting for the rights of trans women of color for over 40 years. From the Stonewall riots to today, Miss Major has played a key role in the trans-liberation movement. KIKI follows seven individuals from the Kiki community in New York City over the course of four years. The film utilizes their preparations and performances at Kiki balls to explore battles with homelessness, illness, and prejudice, as well as their gains toward political influence and free gender expression. 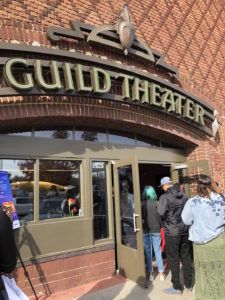 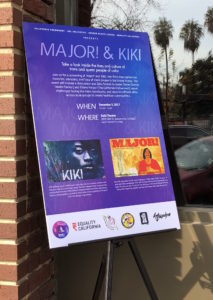 Community members and activists from a wide variety of backgrounds attended the all-day event at the Guild. In addition to the two movie screenings, the event featured a discussion and Q&A, hosted by Keyko Torres (Gender Health Center) and Ebony Harper (The California Endowment) about challenges facing the trans community and ways to cultivate allies across local groups to create healthier communities. Noteworthy trans activist and best friend of Miss Major Griffin-Gracy, Ms. Billie Cooper also joined in the day’s festivities. 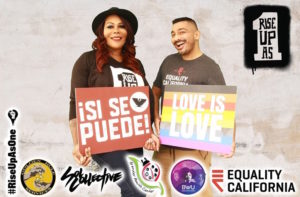 The movie screenings served as the launch of the “Unity Projects” – a series of cultural and educational events highlighting how different marginalized communities (people of color and the LGBTQ communities for example) can build bridges with one another and stand in solidarity to create healthier, vibrant communities. Oftentimes minority communities are seen as isolated, siloed into separate struggles for justice and equality. The reality, however, is that all of our communities intersect in beautifully complex ways. LGBTQ people come from all ethnic, national, socioeconomic and regional backgrounds, and the fight for LGBTQ equality is intertwined with the fight for racial justice, for gender justice, for economic justice, for a just immigration system. Regardless of race, sexual orientation, gender, religion or background, our communities and movements are stronger when we #RiseUpAsOne. Elika Bernard, Black Women United, said it well: “We are all invited to sit at the table of sisterhood, because when we rise up together, our communities are healthier.” (Check out her full post here.)

The Unity Projects continue in 2018 with the unveiling of a mural dedicated to Sacramento-native and African American transwoman Chyna Gibson, and a Unity Ball taking place on February 11, 2018. Email estrella@eqca.org for more information on the two upcoming Unity Events.