Every 10 years, states across the country redraw their congressional and state legislative districts based on the results of the U.S. census. In California, the lines are drawn by the Citizens Redistricting Commission. Additionally, local commissions draw lines for city council districts, county supervisor districts, local school board districts and more.

In order to ensure that LGBTQ+ Californians have the political power to elect “candidates of choice” — members of our community and allies who are responsive to our needs — we need to show the Citizens Redistricting Commission and local commissioners where our communities are and advocate for district lines that keep us united.

Equality California’s LGBTQ+ Unity Maps identify the geographically connected LGBTQ+ community in Sacramento, the Bay Area, Los Angeles, Long Beach, San Diego and Coachella Valley and share our recommendations for the Assembly, Senate and Congressional districts that will best unify the LGBTQ+ community and empower LGBTQ+ Californians to elect champions who will fight for us.

These maps allow all LGBTQ+ voices to be heard and continue the historic precedent of LGBTQ+ input in California’s redistricting process — dating back to 1977, when Harvey Milk made history as the first openly gay elected official in state history after the city adopted fair and equitable districts for the Board of Supervisors. Check out the LGBTQ+ Unity Maps below and take action to empower our communities! 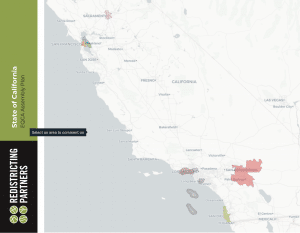 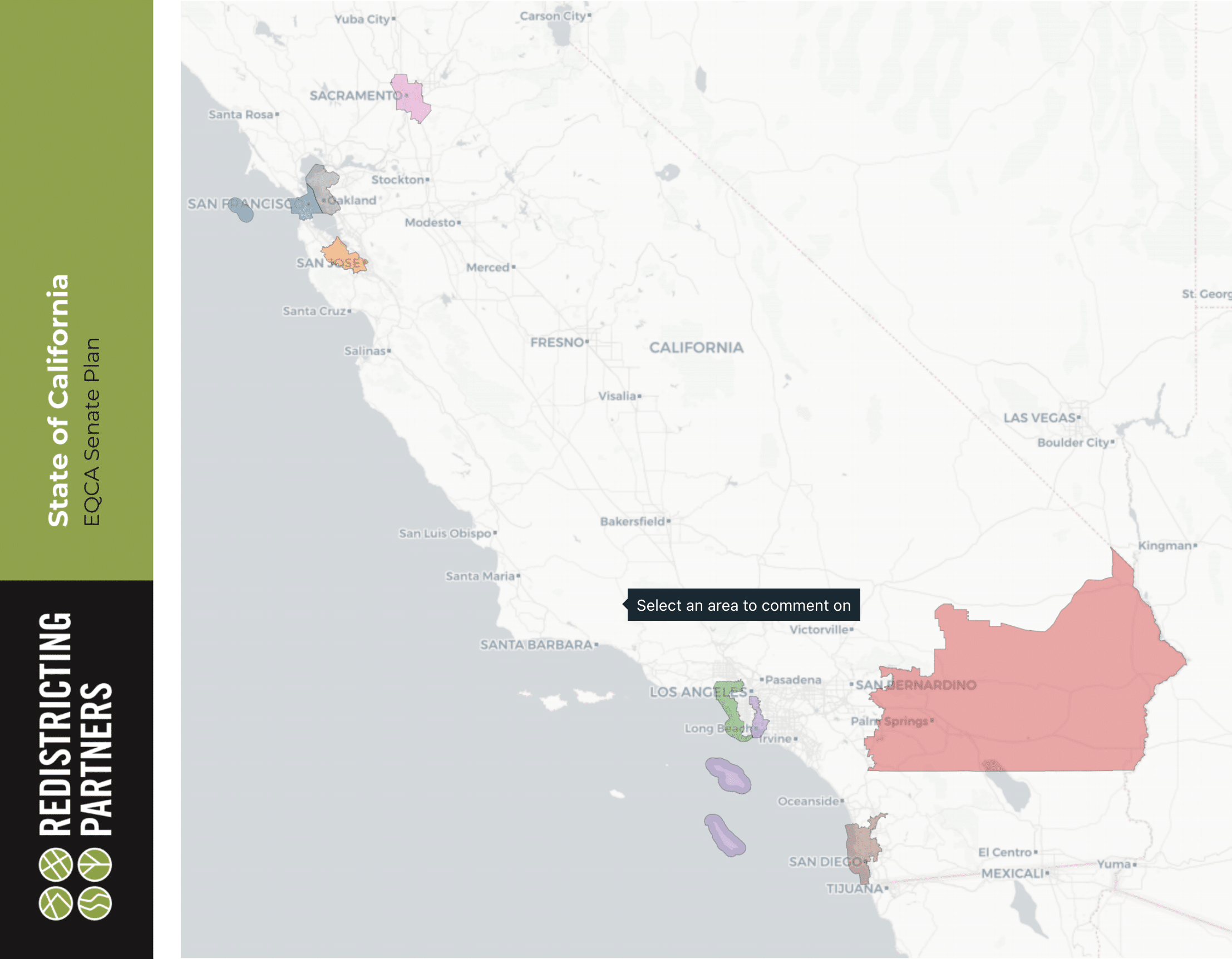 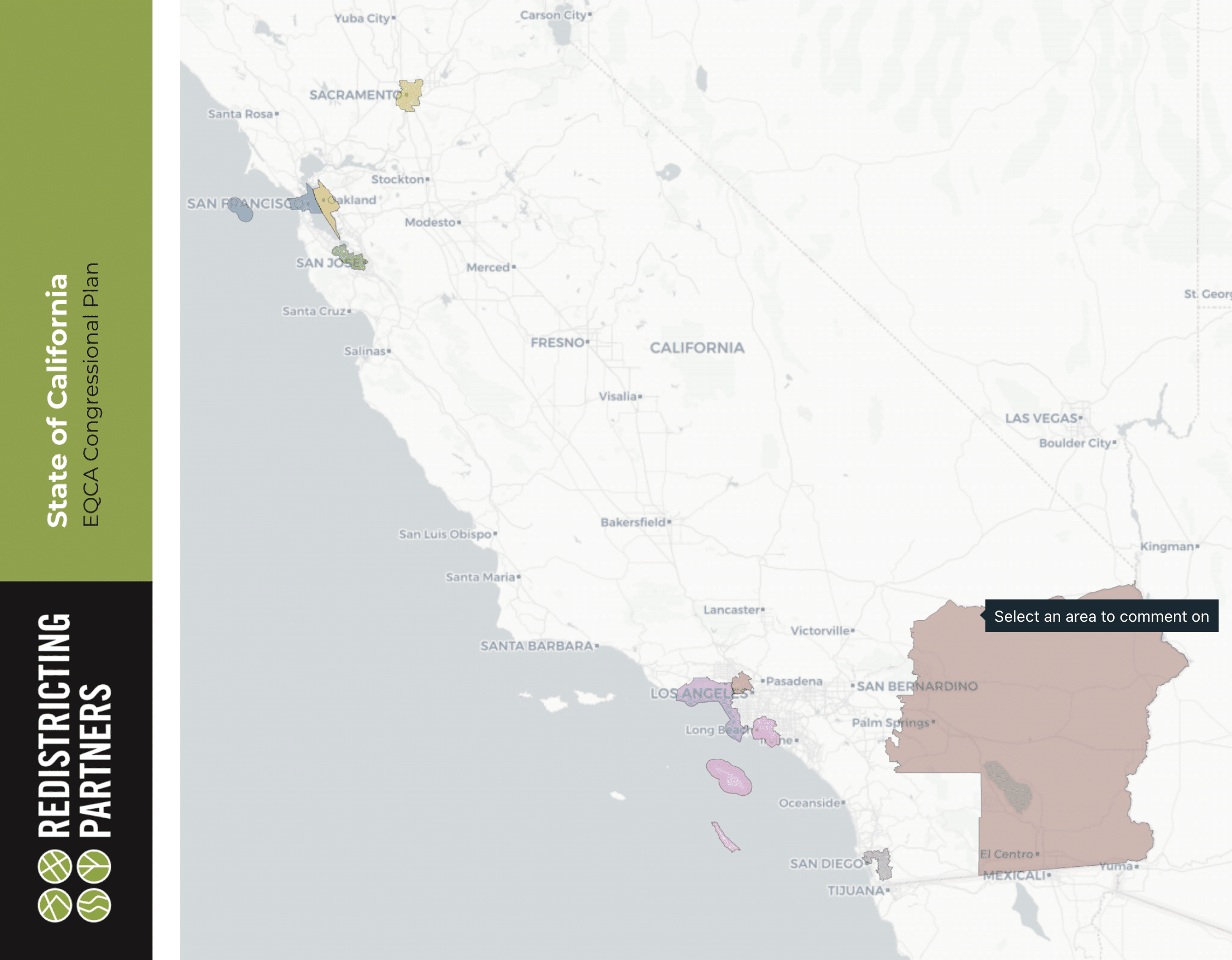 Let the Citizens Redistricting Commission know that you support the LGBTQ+ Unity Maps!

Feel free to use this sample email to share your support with the Commission using the form below. You can also email your feedback to votersfirstact@crc.ca.gov.

Redistricting is the once-a-decade process of redrawing the political boundaries for elective offices after the U.S. census is completed. The redistricting of California’s congressional, legislative and board of equalization districts must be completed by the voter-approved California Citizens Redistricting Commission. Additionally, local commissions draw lines for city council districts, county supervisor districts, local school board districts and more.

What are the rules for redistricting?

There are several common legal requirements for redistricting no matter where it is happening:

Why is redistricting important for the LGBTQ+ community?

Every 10 years, districts can be redrawn to encompass LGBTQ+ neighborhoods and communities and strengthen our voting power to elect candidates who will fight for us. But districts can also be drawn in a way that — intentionally or unintentionally — fractures our neighborhoods and communities, diluting our political power and diminishing our ability to elect leaders who will be responsive to our unique needs and policy priorities.

What is a “community of interest?”

The California Constitution defines a community of interest as “a contiguous population which shares common social and economic interests that should be included within a single district for purposes of its effective and fair representation.” Examples include racial and ethnic minority groups and LGBTQ+ communities, but they can also include commuters who rely on a particular freeway, residents of a historic neighborhood, local small business owners of a certain industry or communities with recreational interests in a park or lake.

Why must LGBTQ+ people be considered a community of interest?

So long as an LGBTQ+ community can be shown to be within a contiguous population, the numerous shared social and economic interests of LGBTQ+ people require that LGBTQ+ communities be considered communities of interest. In particular, LGBTQ+ people share employment, healthcare, cultural, and historic interests, among others. Courts and scholars have recognized shared historical bonds as valid bases for a community of interest. LGBTQ+ people have shared a history of legal discrimination and social discrimination that have resulted in shared political interests. As a result, redistricting commissions must draw district lines that take effort to minimize the division of LGBTQ+ voters.

What is a candidate of choice?

What are the LGBTQ+ Unity Maps based on?

The data informing these maps was compiled from membership lists of local, state and national LGBTQ+ organizations in a collaborative effort to identify where LGBTQ+ Californians live. This was necessary because of the historical barriers and institutional obstacles that limit data on members of our community.