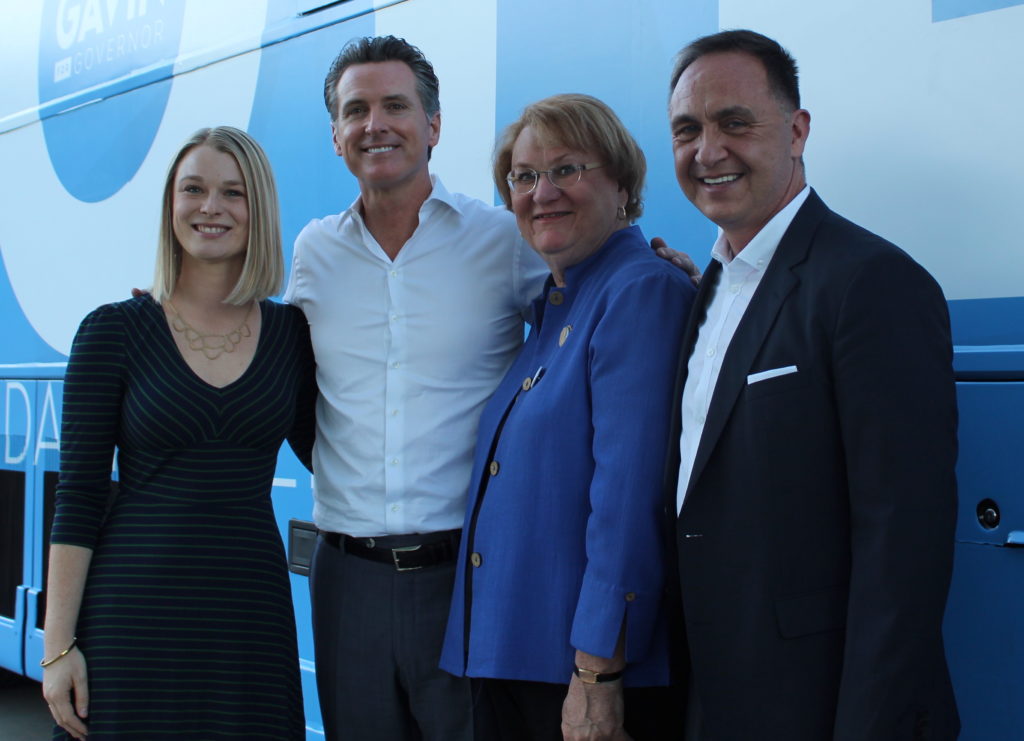 SACRAMENTO, Calif. — Governor Gavin Newsom announced today that he will appoint Palm Springs City Councilmember Lisa Middleton, California’s first openly transgender person to be elected to a nonjudicial office, to serve on the CalPERS (California Public Employees’ Retirement System) Board of Administration. Middleton has served on the Palm Springs City Council since her election in November 2017 and on the Equality California Institute Board of Directors since 2016. Middleton will be one of the first openly transgender people to serve on a state board or commission in California history.

“I cannot think of a more qualified leader to join the CalPERS Board than my friend Lisa Middleton. Anyone who knows Lisa knows her as a consensus builder and a dedicated advocate for retirees and older Californians.

“Lisa’s appointment will also ensure that the transgender community is never an afterthought for the state board charged with managing pension and health benefits for more than 1.6 million public employees, retirees and their families. We are all better off because of Lisa’s strong leadership and Governor Newsom’s commitment to ensuring California’s government reflects the rich diversity of the people they serve.”

Prior to her election to the Palm Springs City Council, Middleton served as a member of the City of Palm Springs’s Planning Commission from July 2014 to October 2017.  In addition to her service on the Equality California Institute Board, Middleton has served on the board of directors of the LGBTQ Community Center of the Desert since 2012 and served as the Center’s Interim Executive Director in 2014. For 20 years, she worked for the State Compensation Insurance Fund of the State of California, retiring as Senior Vice President for Internal Affairs in December 2010.

A key component of Equality California’s work to recruit and develop the next generation of LGBTQ leaders and increase representation of openly LGBTQ people at all levels of government is recommending qualified openly LGBTQ leaders for appointments to executive branch positions, judicial offices, and state boards and commissions. Interested applicants are encouraged to apply at eqca.org/appointments.

Equality California is the nation’s largest statewide LGBTQ civil rights organization. We bring the voices of LGBTQ people and allies to institutions of power in California and across the United States, striving to create a world that is healthy, just, and fully equal for all LGBTQ people. We advance civil rights and social justice by inspiring, advocating and mobilizing through an inclusive movement that works tirelessly on behalf of those we serve. www.eqca.org